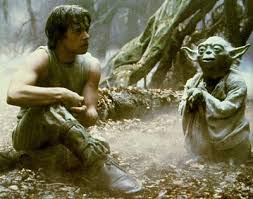 You must unlearn what you have learned- Yoda, Star Wars Episode VI: Return of the Jedi

Good day to you ladies and gentleman. Today I would like to share with you my understanding of a new concept on placebo effects that I’ve just learned recently. Mind you that this is just a theory and not a discovery, as there’s no one out there to carry out an experiment based on my theory. I don’t force you to accept my theory, it’s up to you whether if you wanted to believe it or not. This is just a sudden enlightenment that I have that I hope could furthermore improve our understanding of the human mind.

First and foremost, what does placebo means? From freedictionary.com, ” The beneficial effect in a patient following a particular treatment that arises from the patient’s expectations concerning the treatment rather than from the treatment itself”. Huh, what does that even mean? Now let’s think about it from a different point of view. Imagine that you’re a child; a few minutes ago you’ve just scraped your knee after you hit the edge of the table. You can’t stop crying because of the pain; your mom came to you and started blowing on your wounds, adding some kind of special chants while doing so. Apparently, it worked. You no longer felt any pain, and the next time you ever scraped your knee again, your mom would’ve just repeat the same thing over again. Simple isn’t it?

Some of you might say something like, “Well, it did worked when I was 7; I’m 21 now and if I ever have cut or bruises, those magic chants won’t do anything”. Well, that’s why I wrote about this particular topic in the first place. Ever had one of those moments when you have a severe migraine and you started saying to yourself, “a bottle of aspirin would do the trick”. After taking a bottle, the migraine stopped. When you told your dad that aspirin can be good for relieving migraines; he quipped out “how I wish it could do the same to me. I usually just drink some pickle juice, works like a charm to me”. So, does that means pickle juice may have analgesic effects? Enlightened by your discovery, the next time you suffered from migraine; you started drinking some pickle juice, only to be disappointed that it didn’t worked. So now we started asking, “does it only works with an old man or something?”.

The answer is, yes, but only to a certain groups of people. Wait, does that mean that pickle juice chemicals only worked for a certain person in relieving pain? Maybe, but there’s a better explanation to that, which is the placebo effect. After understanding the analogies given above, let’s move on with the topic. Again, imagine yourself in high school (or equivalent). Today you’re learning algebra. After doing a few exercises on algebra, you easily answered every question that you came across. Over the next few years, whenever you came across it, you solve them within a few minutes. When you graduated from high school, you met an old friend. He’s currently studying literature in college. Whenever you met him, he always tell you how much he despised algebra; he also posted on facebook, saying things like, “it’s not like we’re using it in our daily life”. It’s never been a problem to you, so you started asking about his problem with algebra. It turns out that he was never good at algebra since high school. Fast forward 20 years into the future, you met up with him again. But you’re surprised that he is now a professor who teach calculus in MIT. He told you that he become obsessed with mathematics when helping his niece with some algebra homework a few years ago, and was surprised on how easy it was compared when he was studying it in high school.

I hope you understand a bit of my point in the previous analogies. So here’s my explanation:

A. Sometimes, when doing something new; you succeeded with the task given, and the next time you ever done the same thing again, you succeeded easily or even better at the task.

B. Sometimes, when doing something new; you failed miserably, and the next time you ever done it, you always failed at doing the task.

C. Same as B, but after a long time; you have already forgotten about it, but the next time you did the same task, you find that it is easier compared to your past attempts doing the same task.

You might say that A have a natural talent or that C might be thinking in a different kind of way; compared to when he was younger. There might be some truth in that. You see, when we succeeded at a task for the first time, our mindset changes and we felt that the task was easy and you could perform even better the next time. But, if you failed at the task firsthand, no matter how many times we did the task, we would only failed miserably. This is true until you forget about it at some part in your life, and the moment you did the same task again; your brain thinks that we never did the task before, and you perform better than when you did the task before. So my advice to you, if you’re bad at something, stop saying to yourself “if first you didn’t succeed, try and try again” or the equivalent. Stop focusing on that task and concentrate on doing something else.

Now I would like to explain about the extremum effect. Chances are, you’ve already heard of stories on how a man survived after falling from the 30th floor of an apartment, survived a devastating earthquake unscathed, etc? How about a neighbor which suddenly kills a man in a fight even though that he was known as a man who would never do such a thing? Here’s when the extremum effect applies. During a certain event, say, a life or death situation, or maybe an extremely stressful situation; our brain shuts off the limiting mindset that we have, for example, you always think that you could never survive a jump from the 30th floor, only to woke up a few hours later with only minor injuries. Extremum means the point located farthest from the middle of something or, the most extreme possible amount or value. Looking back at the last paragraph, it turns out that time may also have a connection with the extremum effect. As of how our mindset affect our body in a way that you could survive the impact from falling from extreme heights, or how you’re getting better at doing something after a few years is still a mystery.

In the end, I apologized if you didn’t understand any of my writings, and I hope that I could present it to you in the simplest form as possible. If you have any question or would like to criticize me; please do so in the comments section below in a polite way. Last but not least, let’s imagine what we could achieve by manipulating our mindset at will. See you in the next article. Peace be upon you.

Posted in Academics, Enigma of Science, Life's Optimization, Something to talk about..., What I've Learned